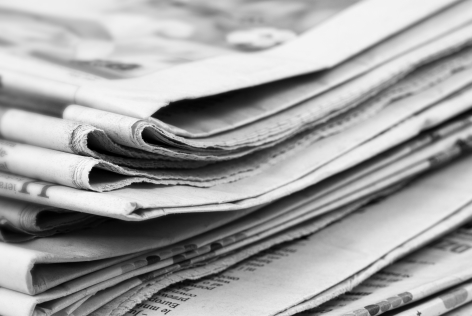 My first job on coming to London after university was as a freelance journalist for various newspapers including The Evening Standard, The Independent and, occasionally The Daily Telegraph.  So I’ve always had a keen interest in print media.

However my failing eyesight soon put paid both to my ability to cover the stories I was given to chase up (many of which involved working at night in dark surroundings and recognising people) and to read the tiny newsprint in papers and magazines.  So I turned away from print in favour of radio.

But as with printed books I have continued to miss reading the written word and turning the pages to find interesting articles for myself in newspapers and magazines, and have regularly considered taking out a subscription to RNIB Newsagent, but never quite got round to it!

One of the many advantages of RNIB In Your Pocket however is that it provides free access to the more-than 200 magazines and newspapers offered in accessible format by Newsagent; for which the annual subscription is usually £39.

The titles on offer include all the national broadsheets and red-tops, The Times, Guardian, Mail, Sun etc), and many popular magazine titles (including The Economist, The Oldie, Which, and a wide range of BBC publications).

There is also a fair sprinkling of local newspapers and special interest mags (including Beer!)

The search and selection process is similar to that for books or podcasts.  So a simple search might be: ‘Read me The Times newspaper’.

This will give you today’s paper and list the headlines.  I selected the 4th listed, which was about the latest developments to speed up Covid vaccinations, and I was soon engrossed.

Once I had finished that article I pressed home and said ‘Go back’, and was returned to the list of unread headlines.  From there I headed for the more cheery sports pages, from which I chose to find out how the England / Sri Lanka Test Match was being reported.

And you can add a particular newspaper or magazine to your favourites simply by pressing the home button and saying ‘subscribe’, which puts it at the top of the list when you come back and ask Pocket to ‘Find my recent newspapers (or magazines)‘.

I found this particularly useful for magazines like The Week that have a generic title and might be more difficult to find quickly.

In fact I have been spending a lot of time with my ears buried in The Week.  As a family we have subscribed to it for a quarter of a century and my long-suffering wife and kids have spent many, many hours over those years reading out sections of it for me.  While I’ve been very grateful for this, I have felt it a bit of an imposition on their increasingly busy lives.  It’s also given them control of what I read.

However, now thanks to Pocket, I can exercise editorial control myself again!