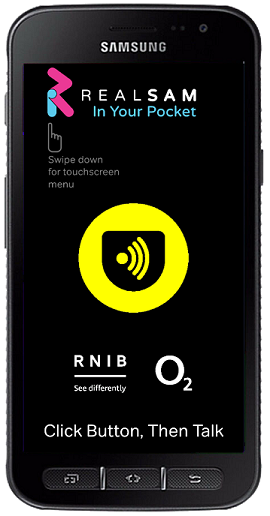 We understand the frustrations that can come with learning new technology, which is why RealSAM Pocket offers unlimited customer support from our Peterborough team. All new customers receive two introductory calls so we can help you with things like connecting to your wifi, programming your contacts or learning how to search for and play an audiobook. Once you’re up and running you can call us at any time Monday to Friday, between 8:30am and 5:30pm. As Red himself did when he ran into trouble earlier this week.

This week, I had planned on writing about the joys of armchair tourism and some of the places I have visited through the various libraries that my RealSam Pocket gives me access to.

However, when I asked Pocket to ‘find my recent books’, I discovered that even here I was now subject to a travel ban as the device took me straight to the Librivox library (from whence I had borrowed my last book) but then allowed me to go no further.

I tried saying ‘go back’, and ‘cancel’, and even that solution so beloved by everyone who works in Technical Support, turning the device off and on again, but all to no avail: I was stuck.

This came as quite a surprise. I have now had my Pocket device for two months and this is the first time I have had a technical issue; if only I could say the same for my iPhone or those masters of mediocracy, Virgin Media!

And so, it was with a slight feeling of dread at the prospect of a frustrating morning being stuck on hold that I found and called the ‘In Your Pocket’ helpline number (which, should you need it for future reference, is 0333 772 7708).

But I need not have worried. The phone was answered after just a couple of rings and by an actual human being! I explained my issue and was put on hold for less than 30 seconds before being put straight through to the correct department – and a voice that I recognised as belonging to Robert, who had initially helped me set up my Pocket.

He listened to my description of the problem, agreed it was a bit strange, and suggested that I try pressing the Home button and saying ‘terminate session’.

And lo and behold, this time when I searched for Seven Years In Tibet by Heinrich Harrer it was the first book that appeared in the list, just as I’d hoped!

In fact, the whole experience had been so painless and quick that I almost felt cheated, and so I ended up chatting to Robert for a few more minutes hoping to glean some more quick fixes and a bit more information about Pocket.

He told me that had ‘terminate session’ (which I’m afraid now conjures an image of Arnold Schwarzenegger in my mind) not worked, his next suggestion would have been to press the Home button and say ‘Force clean device’ and then to reset my Pocket (i.e. turn it off and on again). This clears the cache of all those temporary files that can affect the device’s efficiency and usually solves the problem. Robert also advised that, as with all electronics, it is good practice to switch my Pocket off when I am not using it, again giving it a chance to clear the cache.

On the subject of software upgrades, he told me that RealSam do send them through occasionally and that when this happens Pocket will tell me the upgrade is ready to install and talk me through the very simple process of installation – take note Apple and Microsoft!!

All too soon I ran out of questions. The trouble is that Pocket is just too reliable. It does what it’s designed to do with a minimum of fuss, doesn’t have a load of fancy but ultimately useless apps and bloatware to slow it down, and software upgrades are kept to a minimum to avoid disrupting the good service I have come to rely upon.

It’s rather a sad indictment of our software-sodden world that I should be celebrating a quick, painless, and successful interaction with a Technical Support department, but it is such a rarity, and it also clearly demonstrates RealSam and In Your Pocket’s commitment to making the joys of the digital world truly accessible to blind and visually impaired people.

And it meant that this travel ban at least was temporary and quickly lifted!