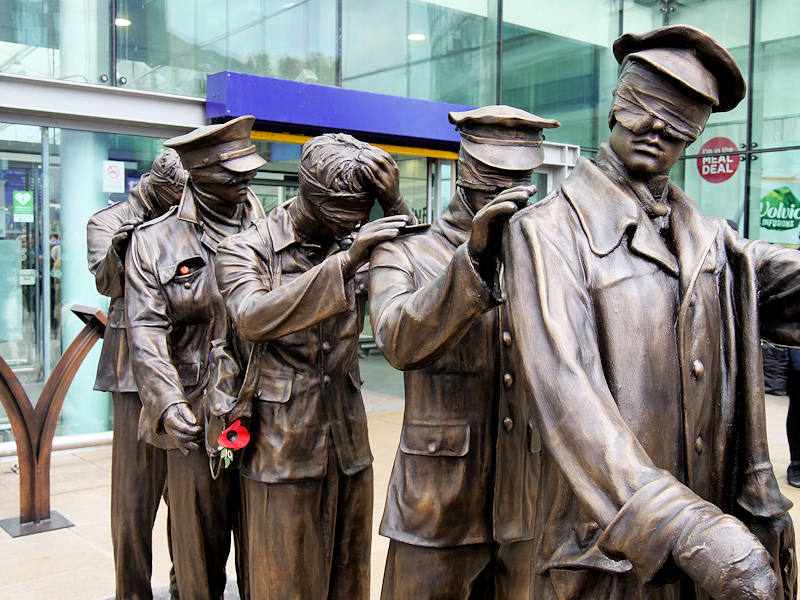 It was the First World War poet Edward Thomas who coined the phrase ‘first known when lost’. He was expressing how surprised and bereft he felt on noticing that a small and previously unremarkable copse of trees he’d walked past many times, had been cleared.

The poem perfectly catches our tendency to take things for granted and our remorse at only appreciating their value once they have gone.

And that’s exactly how I felt yesterday morning as I emptied drawers, checked down the back of the sofa, and generally turned the house upside down in search of my Pocket. But it was nowhere to be found!

Like most people who have lived with blindness for years, I’m fairly obsessive about putting things back in their designated places. Chairs and carving knives are accidents waiting to happen if they are left lying around in unexpected locations, when you can’t see them. And experience has taught me that leaving my possessions in random places in the hope of finding them when I next need them, is a sure-fire way of raising my blood pressure.

So where was my Pocket?

I checked round my neck for the umpteenth time as a former reading glasses wearer I am all-too-aware of how often those elusive items had miraculously reappeared nestled in my hairline. But neither Pocket nor its lanyard were in their usual place. So, I got down on my hands and knees and used my white cane to check under the sofa.

I had a rare morning off, courtesy of needing to use up some annual leave, and had been looking forward to some quality sloth-time. There were half-a-dozen of the longer articles in the latest edition of The Week to catch up on, that episode of the In Our Time podcast about The Rime of the Ancient Mariner to listen to, and to round it all off, the last few chapters of a Mick Herron thriller that I’d been promising myself. I’d already made a pot of fresh coffee and snaffled a packet of chocolate digestives, and now all I needed was my Pocket.

‘Oh, the best laid plans of mice an men’ I muttered as I angrily fumbled my way through the jumble of objects the rest of my family had scattered across the coffee table. Of course, if I had my Pocket, I could just call up one of those lovely, helpful volunteers at Be My Eyes and ask them to help me find my Pocket, but that wasn’t going to happen. Where had I left it?! I replayed our last moments together, the night before.

I’d been getting ready for bed and Pocket’s battery had been low, so I’d gone to find the charging cable. That hadn’t been in its usual place either come to think of it. Ah, yes, I’d lent it to my daughter for her mobile phone, and so, yes…. I’d gone upstairs to her room and then because my office was closer than going back to the sitting room, I’d taken Pocket and the cable there to plug them in. So that’s where they must be!

I fairly sprinted upstairs, producing a yowl of surprise from the cat, who was sunbathing on the landing. And joy of joys, there was my Pocket, lying where I’d left it the night before, on my desk and fully charged. I thanked my lucky stars that being a new electronic device leaving it charging overnight would not have fried the battery, slipped the lanyard round my neck and trotted back downstairs to the comfort of the sofa.

As I prepared finally to enjoy Melvyn Bragg and friends discussing The Ancient Mariner, I reflected that, as with First Known When Lost it was only Pocket’s absence that had made me realise quite what a significant role in my life the device plays. And that, like Thomas’ ‘narrow copse’, it was ‘strange it could have hidden so near’.

Sensing I was unlikely to move again for the rest of the morning, the cat came and curled up on my lap and we both settled down for a few hours of quality entertainment.