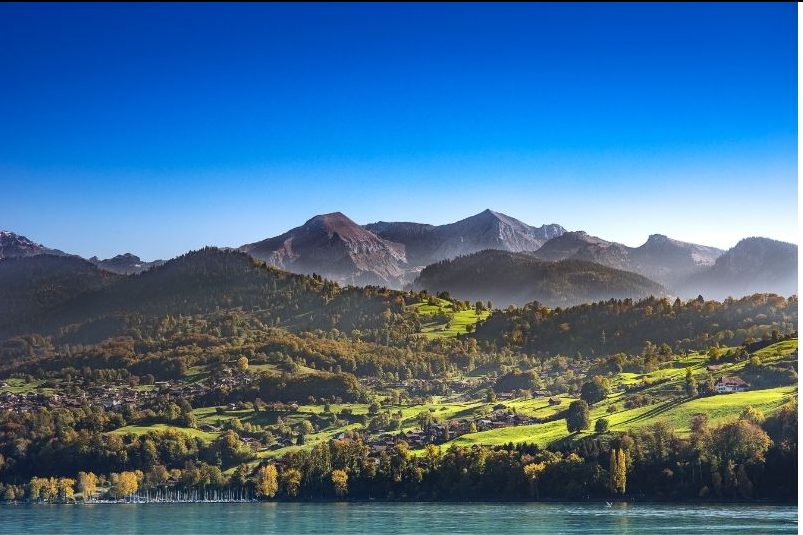 Red’s latest blog explores how RealSAM Pocket can be just the thing for inspiring your next travel adventure!

Over the 33 years since my diagnosis of Retinitis Pigmentosa I have become well-acquainted with the restrictions that progressive sight loss imposes upon an individual. In some ways this has prepared me for the restrictions on personal freedom that successive lockdowns have brought; or at least made the situation feel less alien.

That said after nearly a year spent within a one-mile radius of my home in London I am craving a bit of variety. In fact, I have never felt so drawn to the wild open spaces of The Scottish Highlands or Sardinia, and miss the ability to climb, swim and explore them by tandem almost more than I miss my sight (which is now little more than a distant memory).

That said, if my three decades of shrinking boundaries have taught me anything, it is to find alternative ways of doing things I used to take for granted. For instance, when my family and I went to Egypt in 2007 and I knew that I would not be able to appreciate the beauty of its antiquities I explored them instead through the accounts of others, and so discovered the joy of great travel writing.

And so, I have been combating the lockdown travel ban blues by exploring The World through my Pocket, and from my armchair.

I began before Christmas, when my thoughts would usually have turned towards planning an Easter trip to The West Highlands for a spot of early season crag climbing. I asked Pocket to ‘find books by Heinrich Harrer’ and selected The White Spider, one of the greatest histories of extreme mountaineering ever written; and the closest I’m ever going to get to scaling The North Face of The Eiger!

Having devoured that I decided to investigate Harrer’s Seven Years In Tibet which I had noticed was also available through Pocket from The RNIB Library. It offers a unique insight into that virtually unexplored kingdom when Harrer was sheltering there as an escaped prisoner of war during the 1940s and early 50s and details the time he spent with the young Dalai Lama. Harrer’s descriptions are vivid and I was transported far from Covid ridden London to a land and time far, far away. I also had to admit that had I been able to see I would probably have just watched the (reportedly not-so-great) film instead, and missed out on a fascinating read.

At the same time, I began using Pocket to explore more contemporary accounts of foreign parts by checking out ‘the World at a glance’ in The Week by accessing RNIB Newsagent through my Pocket and listening to BBC Radio 4’s From Our Own Correspondent via Pocket’s podcasts.

But the strangest trip I have taken is back to England in the 1930s and the world presented by Dennis Wheatley in his occult thriller The Devil Rides Out.

The book was recommended by a fellow pond swimmer, who like me was in need of a bit of an adventure and stumbled across a battered paperback copy he had bought years ago but never read. He had enjoyed what I have to admit is a rollicking yarn but disregarded the cringe-worthy othering of foreigners and those with disabilities. The past truly is a foreign country, but I’m glad I don’t have to live there, and that my Pocket can always provide a passport to somewhere else.